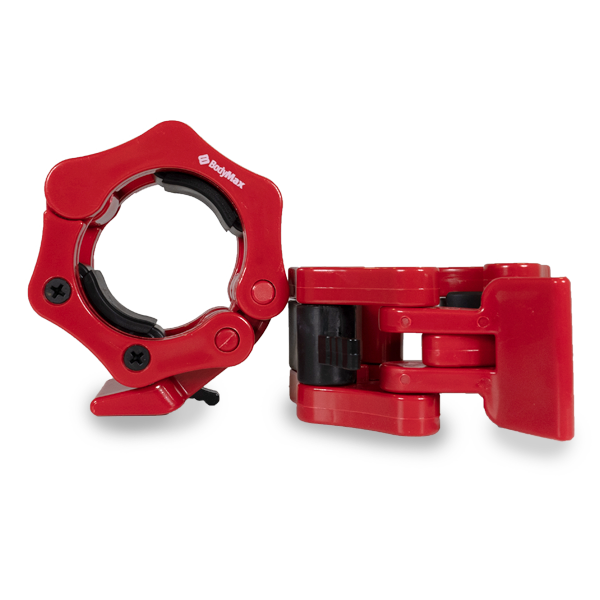 * Use code 'SAVE10' for 10% discount at the checkout
10% discount | was £14.99 | on selected items | You pay £13.49
Key Features:
Details
Specification
The luxurious BodyMax Red Olympic Lockjaw Collars are compatible with our 2” Olympic bars for quick release/install during training. Our Olympic collars are constructed with nylon with rubber inserts to stop any damage to the bar.

Sold in pairs, our BodyMax Red Olympic Lockjaw Collars are more secure than regular collars. The are engineered to withstand regular use and are perfect for Cross-fit training, Olympic lifts, Weightlifting, Strength training and any workout which uses an Olympic barbell.

Easy to use, our BodyMax Lockjaw Collars can be used in seconds with a simple click to secure them in to place. They are designed to be efficient and simple to use but to supply maximum grip and safety.

Brand
BodyMax
SKU
WTBC0216
Condition
new
Rating saved!
Thank you for your product rating! Your rating will be verified and soon be published!
Rating could not be saved! Please check the applied data!

SKU: WTBC0216
Fabulous
You wouldn't think spending a bit of money on these would make such a difference - but it does. Your weights are on faster, they are quieter in use and it seems less hassle to add/remove between sets. They click in place with a staffing clunk and look great as well. More expensive that spring clips or spin locks but they are really worth it.
Laura Pagan 21/02/22

SKU: WTBC0216
Smooth transitions!
These are a must have - I hate using those spring clips they slow you down and make changing your weights such a chore. These are an absolute dream