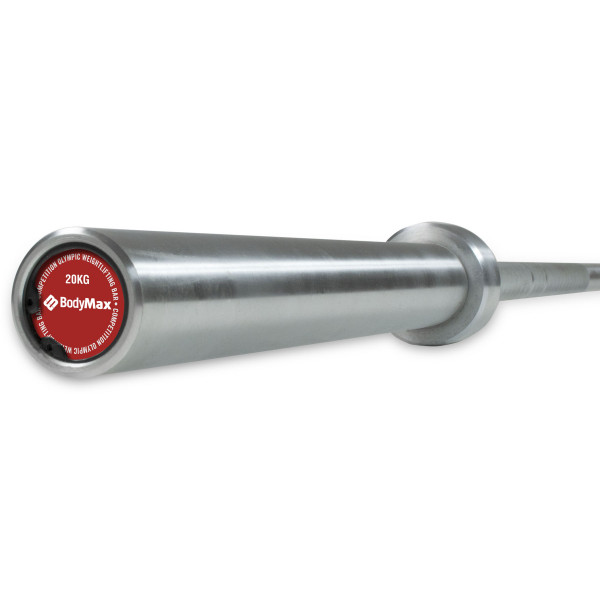 
OLYMPIC COMPETITION STANDARDS
The bar conforms to International Weightlifting Federation Specifications which makes it suitable for Olympic Competition or Olympic Competition Trainingg in Snatch, and Clean and Jerk. It’s 20kg weight is calibrated to +0.1%/-0.05% and has a capacity of 1500lbs.


BODYMAX COMPETITION OLYMPIC WEIGHTLIFTING BAR
This 7ft bar fits into the standard sized power racks and squat racks providing a variety of exercises and possible uses. The Olympic ends are precisely machine finished to accommodate all 2” Olympic diameter discs. The barbell is extremely durable and robust made of high-quality materials.

Whilst the BodyMax bar is not IWF approved, it does conform to the specification of the International Weightlifting Federation.

Rating saved!
Thank you for your product rating! Your rating will be verified and soon be published!
Rating could not be saved! Please check the applied data!

SKU: WTBC0210
You won't find better for the money
This is a brilliant value bar. For the money, you won't find better. It feels good in the hand or across the shoulders. The whip is smooth and predictable and the knurl, whilst somewhat aggressive, helps to maintain the grip on heavy lifts. A great all round bar.