It’s without question the biggest transfer in football history.

Cristiano Ronaldo will once again graze the turf at Old Trafford as his sensational return to Manchester United was secured, leaving fellow professionals, pundits, journalists and fans alike frothing at the prospect of seeing Ronaldo once again in the famours red colours.

Some 12 years after leaving Utd, Ronaldo has ripped up the record books at both Real Madrid and Juventus, as well as winning a major tournament with Portugal, his national side.

What makes this move even more sensational, is that at 36 years of age, Ronaldo still posesses the physique of a 22/23 year old, albeit his game and role in the team will be different this time around.

Ronaldo has kept himself in prime condition, through dedication to a gruelling workout regime, which we’ll take a look at in more detail.

In other football news, PSG signed Lionel Messi from Barcelona, heard of him?!

BACK WHERE IT ALL BEGAN

It has been well documented over the years about how Ronaldo initially signed for Manchester United.

Tormenting Utd in a pre-season friendly for Sporting Lisbon, Sir Alex Ferguson would not leave the Portugese capital until Ronaldo had committed to joining Utd.

The very next day he was at Carrington Training Ground to sign, and it’s safe to say things got better from there. Given the legendary #7 shirt, vacated by David Beckham that summer, Ronaldo was destined for greatness! 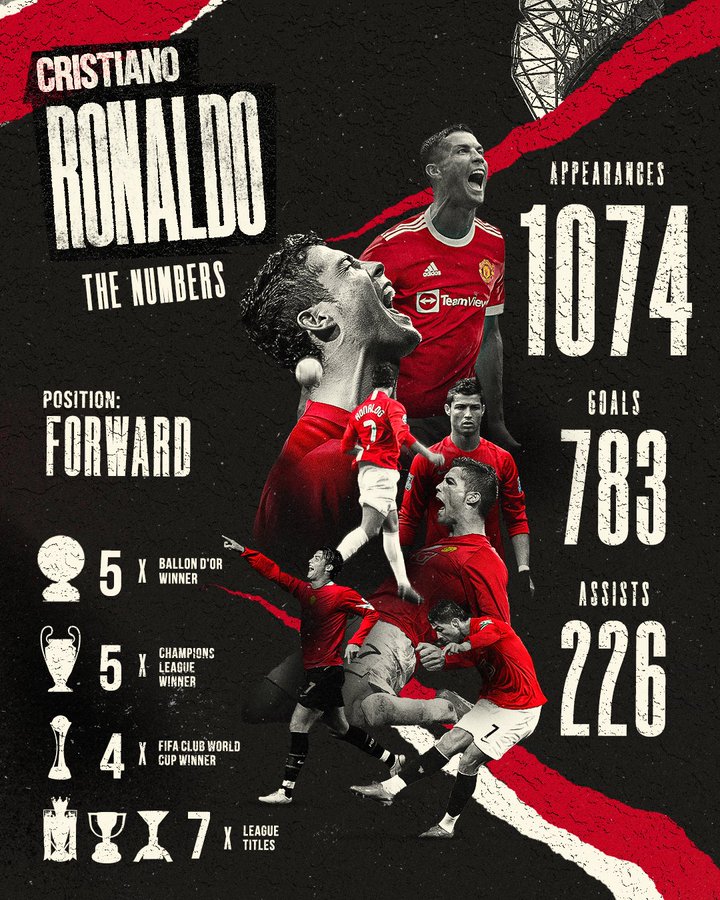 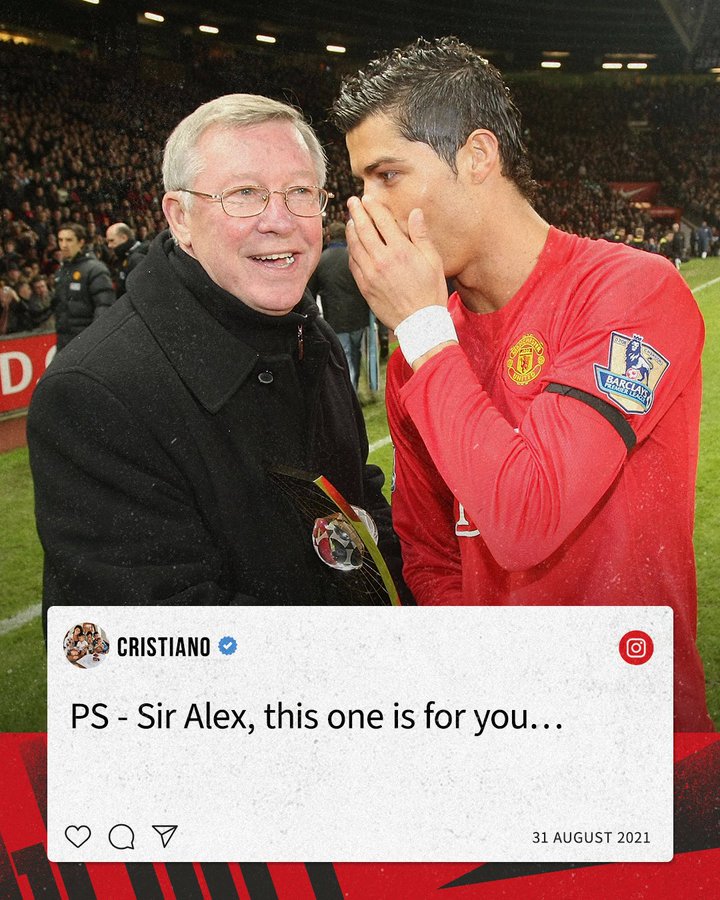 Sir Alex famously quoted in his autobiography that he only ever had 4 world-class players during his 26 year career as manager; Cantona, Giggs, Scholes and Ronaldo.

Upon signing for Utd this time around, Ronaldo said on his official Instagram account (the most followed in the world with 336M): “Ps – Sir Alex, this one is for you…”

Cristiano’s workouts have been well documented over the years, however a recent article in Men’s Health was probably the most in-depth look at it overall.

Ronaldo will always start every workout session with a warm-up to decrease the risk of injury.

“In training we always do a few laps of the pitch, stretching and cardio warm-up exercises. Make sure you do something similar in your training, even if it is jogging to the gym or a warm-up on the treadmill or bicycle.” 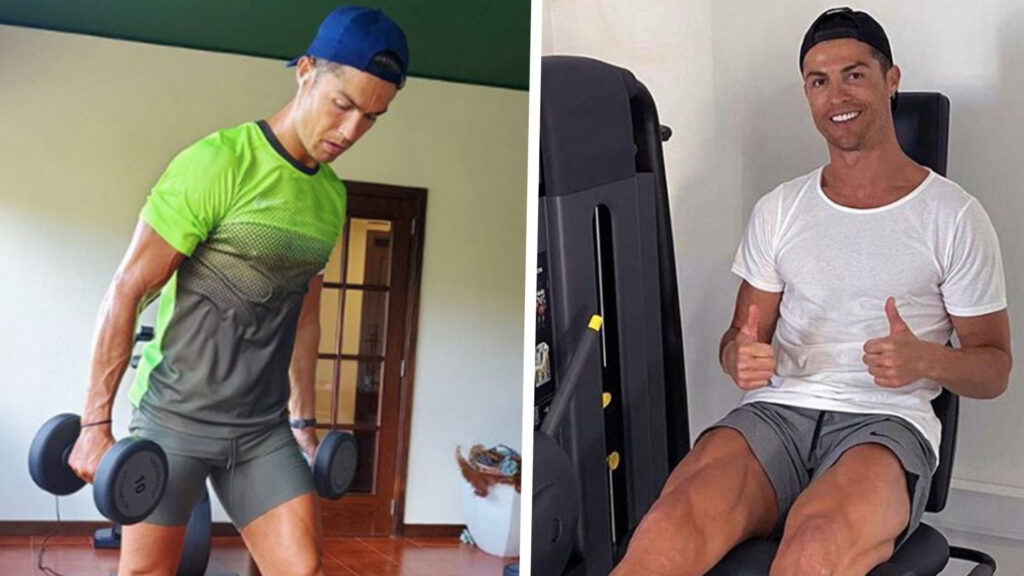 His main workout is normally a mix of cardio training and weight / strength training. It’s always important to have a balance and mixed approach to workouts, ensuring you target all areas of your body and focus on exercises that improve not only strength, but stamina is also important.

A typical week in-between matchdays usually involves him doing; cardio circuits with squats, jumps and lunges, pushups and pull-ups, power cleans and sprints, leg days with a focus on stability and abs as well as regular skipping drills. This is of course on top of any training he’d take part in alongside his teammates.

Why not try a Ronaldo inspired workout yourself? This combines strength training (consisting of 5 supersets and a total of 10 different exercises) with a cardio-heavy HIIT session.

Like most professional sportsmen and women, diet is absolutely key to any part of their training regime. It has been well reported in the past that Ronaldo follows the ‘little and often’ method of eating – small meals scattered throughout the day. This helps him to support his muscle growth and keep his metabolism firing.

“For example, he typically divides his daily food intake into six smaller meals, which he consumes at intervals of 2-4 hours. This not only sustains a consistent and optimal rate of metabolism, but it prevents the body from experiencing weakness and hunger throughout the day. Crucially, this method also keeps his body fat levels extremely low. 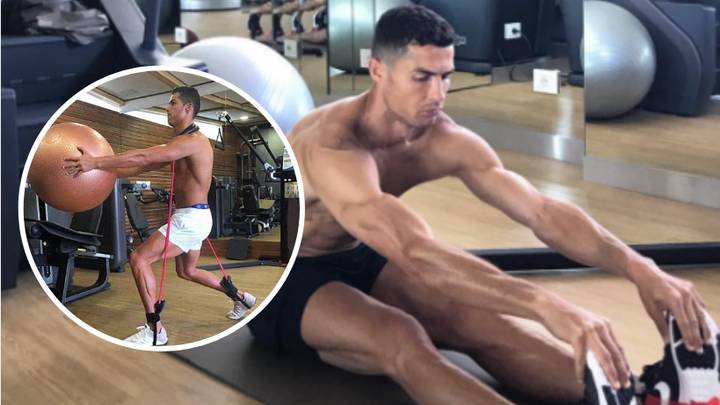 Whole grains, fresh fruit, lean proteins (think sea bass, swordfish, cod and other fish) all feature in Cristiano’s diligent diet plan, alongside plenty of salad on the side. That’s joined by protein shakes and joint supplements, which likewise aid with muscle recovery after an intense workout or football match.”

Ronaldo himself said on his diet:

“Eat regularly. If you train regularly it’s important to keep energy levels high to fuel your body for better performance. I sometimes eat up to six smaller meals a day to make sure I have enough energy to perform each session at top level.”

He keeps those energy levels high eating plenty of fresh fish – including tuna and swordfish – plus steak, olives, chicken, low fat yoghurt, and fresh fruits and salads. He avoids fizzy drinks, doesn’t touch alcohol and is an advocate of drinking plenty of water.

Cristiano has always been a keen swimmer, often swimming lengths after training in his private pool at home and is extremely passionate about hydrotherapy.

The benefits of swimming and hydrotherapy are of course extremely transferable across a range of different sports, and can certainly give us an idea of how he has managed to maintain the extremely high levels of fitness and over his career a lack of serious injury. Low impact and offering a full-body workout, that helps build lean muscle and increase aerobic capacity.

“Cristiano is a lifelong student and has become a master at his craft, always exploring new and effective ways to take care of his body and mind.”

In a press release (June 2021), Therabody themselves said:

“Theragun has become a staple in Ronaldo’s routine because it helps accelerate his recovery, prevent injuries, and improve overall athletic performance. His habitual use of the device – specifically on his legs and feet – validates the efficacy of Therabody’s industry-leading solutions.”

You can find out more about the complete Therabody range here.

There’s no doubt that seeing Ronaldo back in English football is a massive coup for not only Manchester United but the whole of the Premier League.

Alongside Lionel Messi, over the last near 20 years football fans across the globe have seen 2 of the greatest, if not the greatest players to grace the game. Ronaldo at 36, still has the physique of a 22/23 year old so should we expect him to be playing into his 40s? I see no reason why not.

Whatever happens over the next two seasons in Manchester, it’s certainly going to be entertaining – the ‘Noisy Neighbours’ at the Etihad Stadium might just spoil the party. 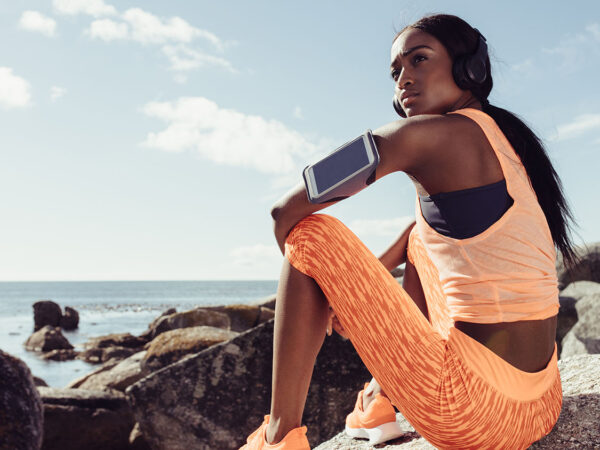 Your Summer Body After Summer 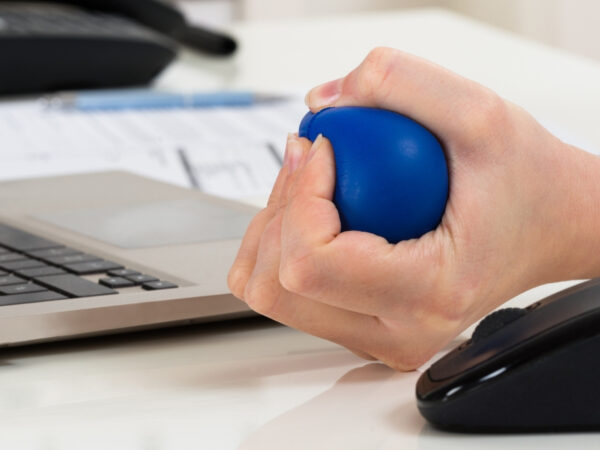