A Chat With Gordon Reid – Rugby, Stress and Challenges

With over 100 career appearences for Glasgow Warriors and 37 Scotland caps to his name, Gordon Reid is a household name with rugby fans.

It’s safe to say that within the scrum, Gordon offers power and strength as well as a determination to win and perform week in week out at the highest level.

A member of the Scotland squad during the World Cups’ in 2015 & 2019, Gordon played most of the second half as Scotland missed out by a single point to Australia in that iconic quarter-final in 2015 and 2 years later would score his first try against England – in the Calcutta Cup – at the very same stadium; a sold-out Twickenham.

Earlier in 2015, Gordon was part of the Glasgow Warriors side that saw off Munster (31-13) to win the Pro12 Title in Belfast, with a starting XV that included other Scotland stars; Stuart Hogg, Finn Russell, Alastair Kellock & Jonny Gray, to name but a few.

Playing at the highest level of elite sport requires you to be at your very best, both mentally and physically, and with that comes its’ own challenges, not to mention personal life away from the field.

In 2020, Gordon and his family suffered the worst loss they could have imagined, the sudden death of his beloved father, also Gordon, from a heart attack.

This month, during Stress Awareness Month, Gordon has been taking part in a challenge to walk 500 miles (there’s a song in there somewhere) to raise money in memory of his late dad, with all proceeds donated to Chest Heart & Stroke (CHSS). He is also taking part in the ‘Virtual Kiltwalk‘ next weekend as part of his challenge.

I caught up with Gordon to chat about his playing career, his 500 mile walking challenge and the impacts of stress that he has felt over the years. You can watch our full chat by clicking here.

“I got my first cap for Scotland against the USA in Texas, but up until then I started at Ayr Rugby then moved onto Glasgow (Warriors) where I was lucky enough to play for 10 years before moving down to London Irish, where I fancied a change after being brought up staying all my life on the Ayrshire coast.

On his first cap in the USA Gordon says that representing your country is the pinnacle of any sporting career and the highlight of his own career.

“The best bit probably of my career was standing there singing the national anthem then looking up and seeing my dad, my mum and my wife.”

At the time, Gordon’s agent Sandy had paid for Gordon’s parents and wife, Marissa, to come over to Texas to watch him play and surprise him.

“To see my dad standing there with his kilt and my mum with a Scotland top on, and my wife too with her Scotland top on was just unreal. That would be the highlight of my whole rugby career. I could pick out so many tries that I’ve scored for Glasgow or London Irish but that’s the part that stands out most.”

Over the last year Gordon shared with me some of the challenges he has been through and the impact that Covid-19 has had.

“I’ve been through quite a lot over the last 12 months and faced different challenges with mental health and stress, this last year two years have probably have been the hardest of my whole life.

“After the World Cup (2019) I was thinking about retiring from rugby, but I went on to play for Ayrshire Bulls and I found that love for rugby again and joined Northampton Saints in early March 2020. I signed a contract with them, thinking this will be great to go down there for a year then after 3 training sessions covid hit and that was me done.

It was going from being a professional rugby player that played in the World Cup in Japan, to having a professional contract with Northampton Saints to going to work in, looking like places like ASDA or Tesco stacking shelves, wondering what am I going to do, I was even going to start doing deliveries for Amazon.

I had a think about it and I applied for the Fire Service, I’ve always wanted to do that, I think it would be such a good job and something that I’d like. I got let down though, because I’ve got a bit of dyslexia, so the tests they had I didn’t know if I could do them so I was panicking and stressing about that so it was literally ‘where will I get my next pay, my next income or my next job because obviously I didn’t know what would happen with the rugby.

I know people are going through hard times, maybe losing jobs, people home schooling or being on furlough, it’s a tough time and mental health and stress is a massive thing.”

We reflected on the fact that not all sports fans or clubs or supporters maybe understand that the stars on the pitch, are normal people at the end of the day and face their own personal challenges, even pre-covid.

“Playing for Scotland, people don’t realise the stress involved. When I was down in London for example, in the second season I was down there myself, coming into December time – after playing well in the November Tests – I started playing really badly and I was really open about it. The coach at the time, Declan Kidney, was a really nice guy, down to earth, could chat about anything, his first question was always “How’s the family?” or “How’s things?” Nothing to do with rugby, I got on with him really well.

I was stressed out, away from the family, I went home from training and all I did was lie in my bed and eat rubbish, I wasn’t doing good. But I spoke to one of the other boys, and he was going through the same, his wife had gone back to Australia and he was there himself too and really struggling.

Next thing you know after we spoke we got on like a house on fire, and this was just before I got a call from Gregor Townsend who said Gordon, you’ve not been playing, you’ve not been playing well I can’t pick you for the 6 Nations. I told I him I knew that and said look give me a couple of weeks and I’ll prove you wrong, I know what I’ve done, I’ll fix it.”

From there Gordon explained how reaching out to his team-mate Saia Fainga’a really helped him through that season to make the World Cup in the summer.

“He’s one of my best mates and as I say he’d gone through the same thing, and then Ian Keatley came over from Ireland to play for us and he was in exactly the same situation, so the 3 of were like the ‘3 Musketeers’. From there the 3 of us really got on, instead of going to my bed, we were going out for coffees, or we’d go to the cinema or go and do different things and everything just seemed to change and then I started playing a lot better, winning man of the match etc.

I was staying on the pitch longer, starting game after game and then Gregor phoned me and said let’s get you in for the England game so I ended up playing in the 6 Nations and then I got picked for the World Cup and everything snowballed. So from that stress I was under to that small chat I had with Saia and Ian it changed everything and flipped it all round.

From there things got better, you know how to solve the problem but it’s making that conversation happen, making that leap to speak to somebody. It’s making that step, maybe with a neighbour or a colleague, it doesn’t have to be a family member. You could stress about so many different things that are just totally not in your control and I find myself doing that sometimes too.”

Almost half way through his 500 mile challenge, Gordon explains just how tough it is.

“I like running but I’m not the lightest, I’m sitting about 125kg, so for me to run that distance it would put stress on my joints and different things, to walk it will still put stress on me but not as much.

I never thought it would be as hard as it is, I thought it was going to be challenging but no way as hard as this! I’m nearly halfway, trying to get through it and break it down. Last Saturday I walked 54km, at the start I thought easy, a kilometre is about a mile but it’s not it’s more!! I didn’t realise how mentally challenging it is!

I spoke to the physio after picking up an injury and he thinks I had tendonitis or at worse maybe a fracture in my foot. Right above my ankle was swollen, but it is starting to ease off, as well as the rubbing of my trainers and my shoes, trying to get through the pain with the strapping on my ankle aswell.

I’ve been doing ice baths, I’ve not been down the beach yet to try and get the salt water into my calves but it’s finding the time, I’m either working or trying to sleep or walking! Even in the house I’m on the treadmill, just trying to keep on going!

I’d also like to say a big thanks to Powerhouse for sorting me out with one of the BodyMax Massage Guns, that will really help speed up recovery.”

It really is an incredible challenge Gordon has sent himself and you can keep up to date with his progress or indeed make a donation via his Twitter & Instagram accounts. As well as that, find out more about the Kiltwalk or CHSS and the work they do to really support worthy causes and people.

Click here to watch my chat with Gordon in full, or also check out our articles around stress awareness month and how to get started with yoga. 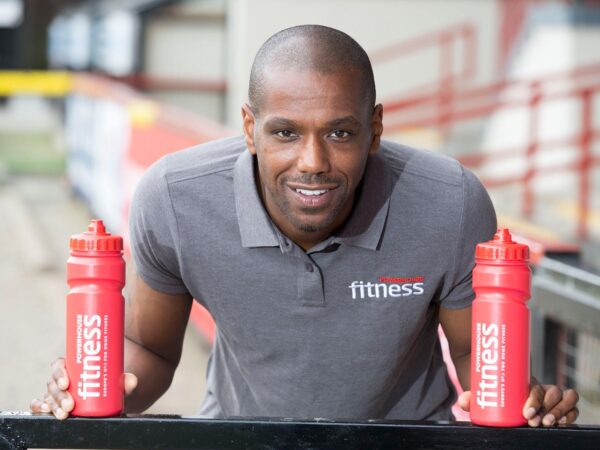 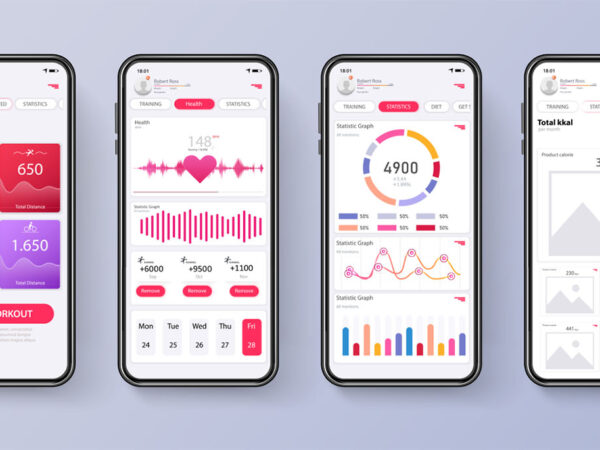 6 Apps That Pay You To Exercise